Note that the products discussed on our site are independently selected by (obsessive) editors. At no extra cost to you, things you buy through our links may earn us a commission.

In this guide, Dugout Debate covers all the bases: why weighted baseballs are a worthwhile addition to practice, how they should be incorporated, their use for pitchers and hitters, and the most popular weighted baseballs used for workouts. We also discuss the other side of the argument and why some coaches are against using weighted baseballs.

The Good News about Weighted Baseballs

There have been studies done on the effectiveness of weighted baseballs and evidence shows they have been demonstrated to accelerate pitching velocity. A weighted baseball program that uses six (heavy), five (standard), and four ounce (light) baseballs can improve a pitcher’s velocity. How have experts come up with these weights as the protocols? Any more weight than this and the proper throwing biomechanics of the arm will quickly break down because the body will start using larger muscles to execute the bulk of the throwing work. This therefore bypasses the four muscles of the rotator cuff that the pitcher is trying to strengthen in the first place.

One of the most notable studies was conducted by The Journal of Strength and Conditioning Research. This study was conducted by Chicago White Sox sports science consultant Coop DeRenne and a team of experts. They gathered a sample size of high school and university pitchers and split them into three groups. The first group pitched with light, standard, and heavy baseballs (6oz) for 10 weeks. The second group pitched with just standard and heavy baseballs for 5 weeks then standard and light for the final 5 weeks. The last group was the control group and pitched with the standard (5oz) baseball for 10 weeks.

Pitching velocities were measured using an electromagnetic radiation radar device. Pitchers came in three days for each of the 10 weeks for a total of 30 days and 15 consecutive pitches were measured each day. The results? The first and second group significantly improved their throwing velocity. However, marginal to no improvement was observed for the control group. The results of the study suggests that over and under weighted baseballs aid a pitcher’s velocity more than pitching with standard balls alone. 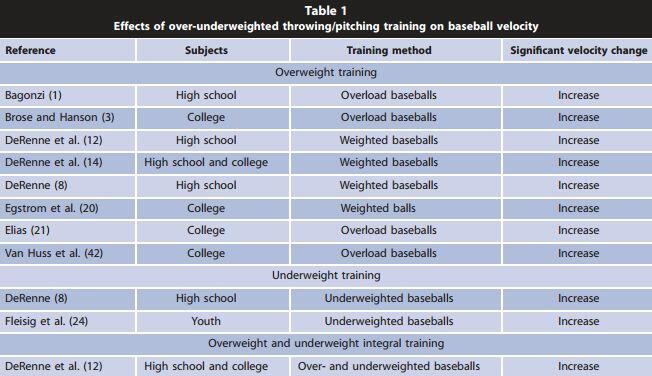 The Other Side of the Weighted Baseball Story

Opposition to weighted baseballs point out that in proper pitching mechanics, the body delivers the arm. They point out that the arm doesn’t deliver the body which is true, pitching is a full body workout. Weighted baseballs generally run from 4 to 15 ounces in weight. Whether pitching with a 4 ounce ball or a 15 ounce ball, the pitcher is still getting full body conditioning. Some critics that are against weighted baseballs point to pitching velocity studies such as one by Dr. Frank Jobe in 1983 show that there is a high correlation between speed of body movement and pitching velocity. Jobes’ EMG studies further show that there is little or no muscular contractile activity during arm acceleration. The American Journal of Sports Medicine has copies of these studies. While we give a nod of respect to Dr. Frank Jobe for his role in developing the “Tommy John” surgery which have saved many pitchers’ careers, these EMG studies are far from conclusive about the role arm and shoulder muscles play in the throwing process.

So what’s to be gathered from all this information? It can simply be said that weighted training baseballs are not the holy grail of pitching velocity improvement. This will come as no surprise to veteran coaches and pitchers, as there is no magic bullet to instant speed gains. Repetition, discipline, sound mechanics, and a varied strength and throwing training regime is the only path to success for top pitchers. Of course, a prerequisite to all of this is the innate ability to throw hard—genetics play a part. Unfortunately, some athletes are just not cut out to be pitchers. Can the application of a moderate weighted baseballs training program improve performance? Quite likely—we doubt MLB teams would be using them if they show little results. However, the jury is still out about how much can be gained.

One of the most common weighted velocity programs was designed by Jamie Evans and was credited with helping pitcher Steve Delabar return from a fractured right elbow. Evans’ program was designed first and foremost for rehabilitation. This workout routine involves using a series of weighted balls and going through their throwing motions without actually releasing the ball. The in-season training is focused on maintenance and the offseason is focused on gains and is more intense.

A general outline of how to use weighted balls for a throwing program:

Once pitchers are good and loose partner them up and have them stand about 60 feet apart from each other. Start out with around 20-30 throws at 75 percent effort with the weighted 6oz ball. Then, use the light weight 4oz baseball and increase to 20-30 throws at 100 percent effort. It is thought that this jump down in weights helps correlate the throwing arm to positive muscle-memory velocity improvements. For the 3rd and final round, go back to the regulation balls of 5oz and do another 20-30 throws. It’s always a smart technique to bring the athlete back to the standard 5oz ball at the end of each exercise. Keeping the drill loop relatively short will help the pitcher remain cognizant of the 5oz feel. After these three rounds, if you’re going for a high intensity exercise you can increase the distance between the pitcher and his designated partner and repeat the program.

Most Popular Weighted Baseballs for Pitching

Here are some of the sets commonly used by pitching coaches. 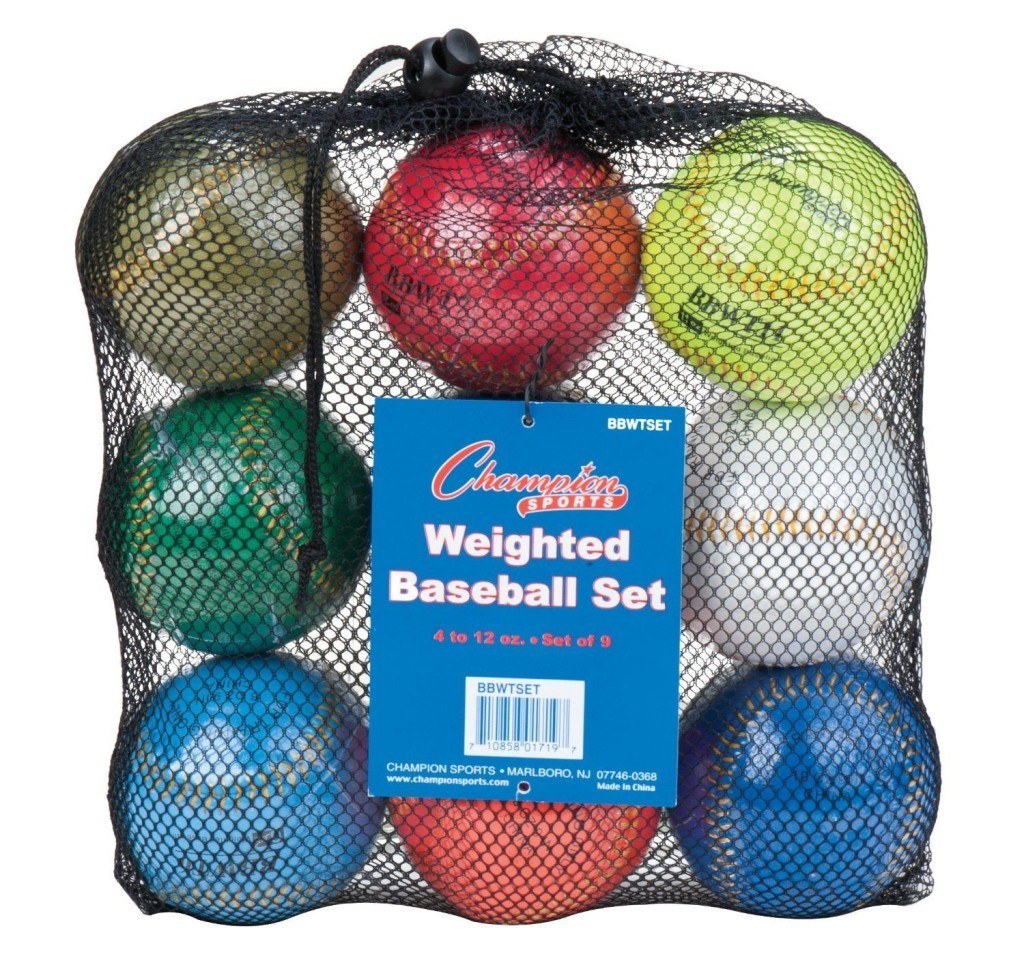 This set includes 9 balls each with their own distinguishing color. Weighted from 4-12oz, this set will cover all drills that incorporate weighted balls. These balls are made with a synthetic leather cover to enhance durability. A nylon carrying case makes them easy to take to any practice location. 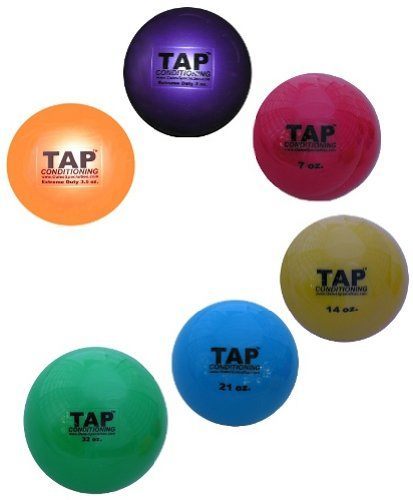 These balls have a bit different feel. They are made from a pliable, squeezable material and are filled with sand. The lightest weight ball is 3.5 ounce and goes all the way up to 32 ounce. They are designed for close quarter exercises. If you’re looking for an extreme range of weights, the TAP set fits the bill. 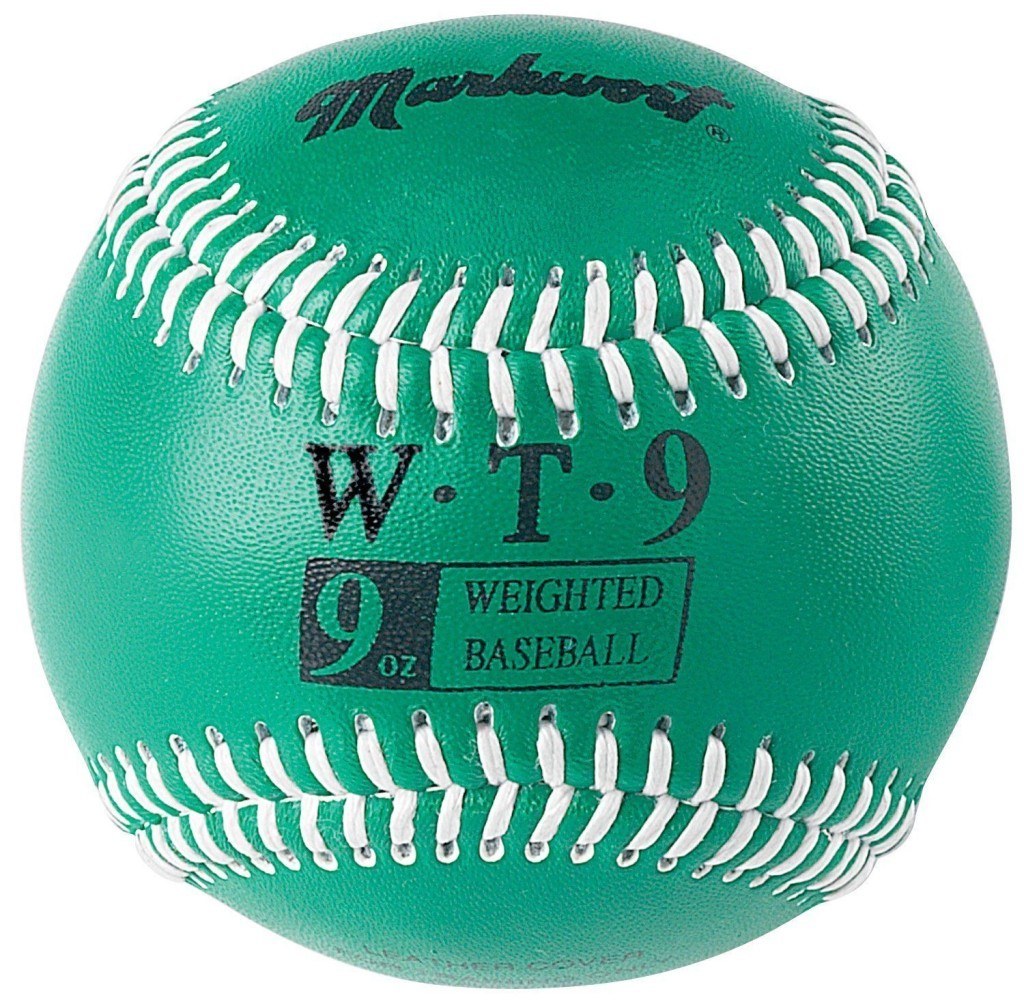 If you are looking for a high quality weighted baseball set, Markwort manufacturers these color-coded balls with leather covers and white stitching. They have 8 different weights, however you must purchase them separately because they are bought individually. The benefit is that you can select only the weights you are going to be using, rather than end up buying a set and not using one or two of the balls at all.

Most Popular Weighted Baseballs for Hitting

Some specially designed balls are used by hitting coaches for a number of reasons. Weighted baseball hitting drills can be effective, especially when you have athletes that are struggling with finished through with their swings. To successfully drive a weighted baseball, hitters must swing all the way through contact and use the power of their bodies. Swinging with the arms won’t cut it. Soft toss with weighted baseballs is a great drill to reinforce follow-through and good extension of the hands through the contact zone. 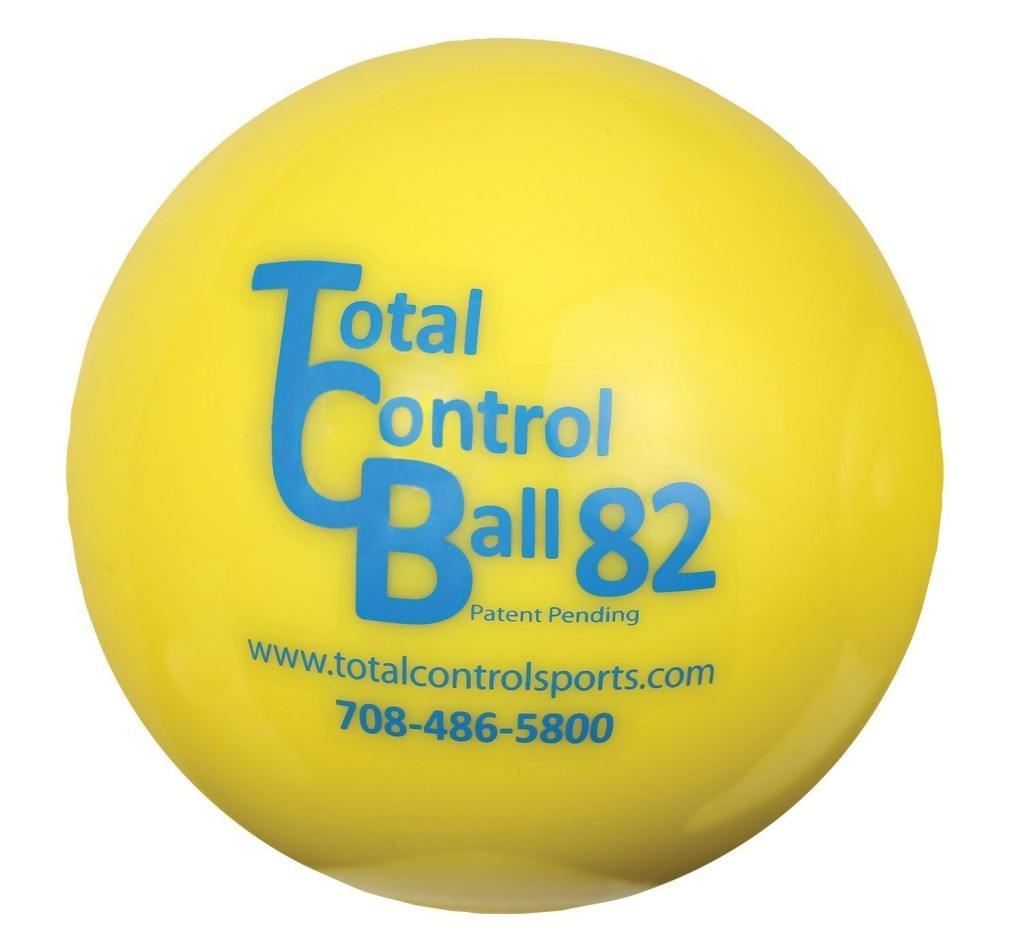 Total Control Sports makes some of the best weighted hitting baseballs. Dicks and all the major athletic gear retailers sell them. These balls weigh 14.9 ounces and are designed for front toss. From a size perspective, they are smaller than a softball but larger than a baseball. Batters won’t be able to hit these as far making ball gathering time minimal. They are great for when space is minimal but you still want batters to be able to practice at full strength. The TCBs (Total Control Balls) will reveal flaws in hitters technique as well. If they are chopping down on the ball, use arms and not core strength, or no whip these balls will hardly go anywhere. You need a powerful swing and solid connection to drive the TCBs.

This site uses Akismet to reduce spam. Learn how your comment data is processed. 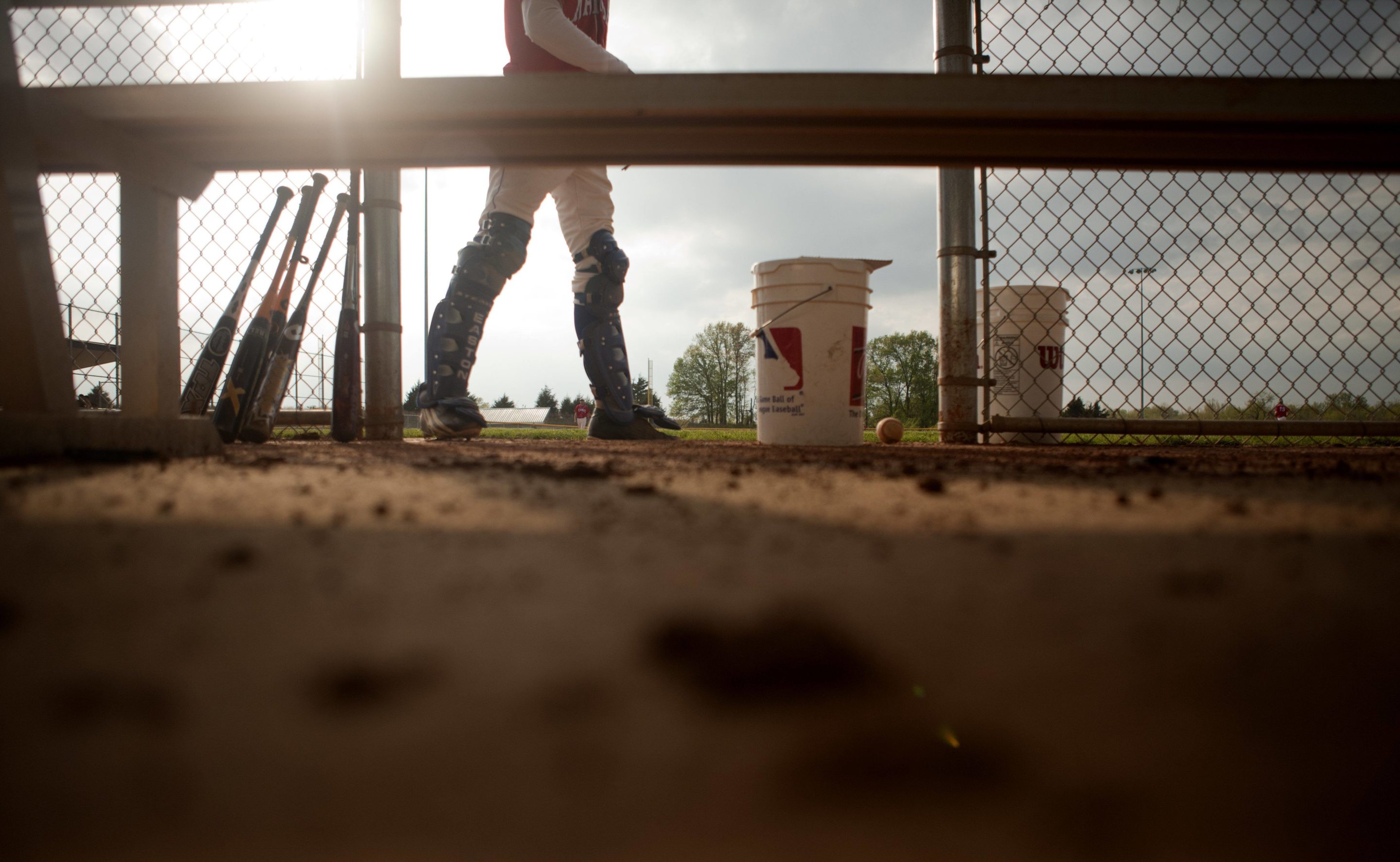 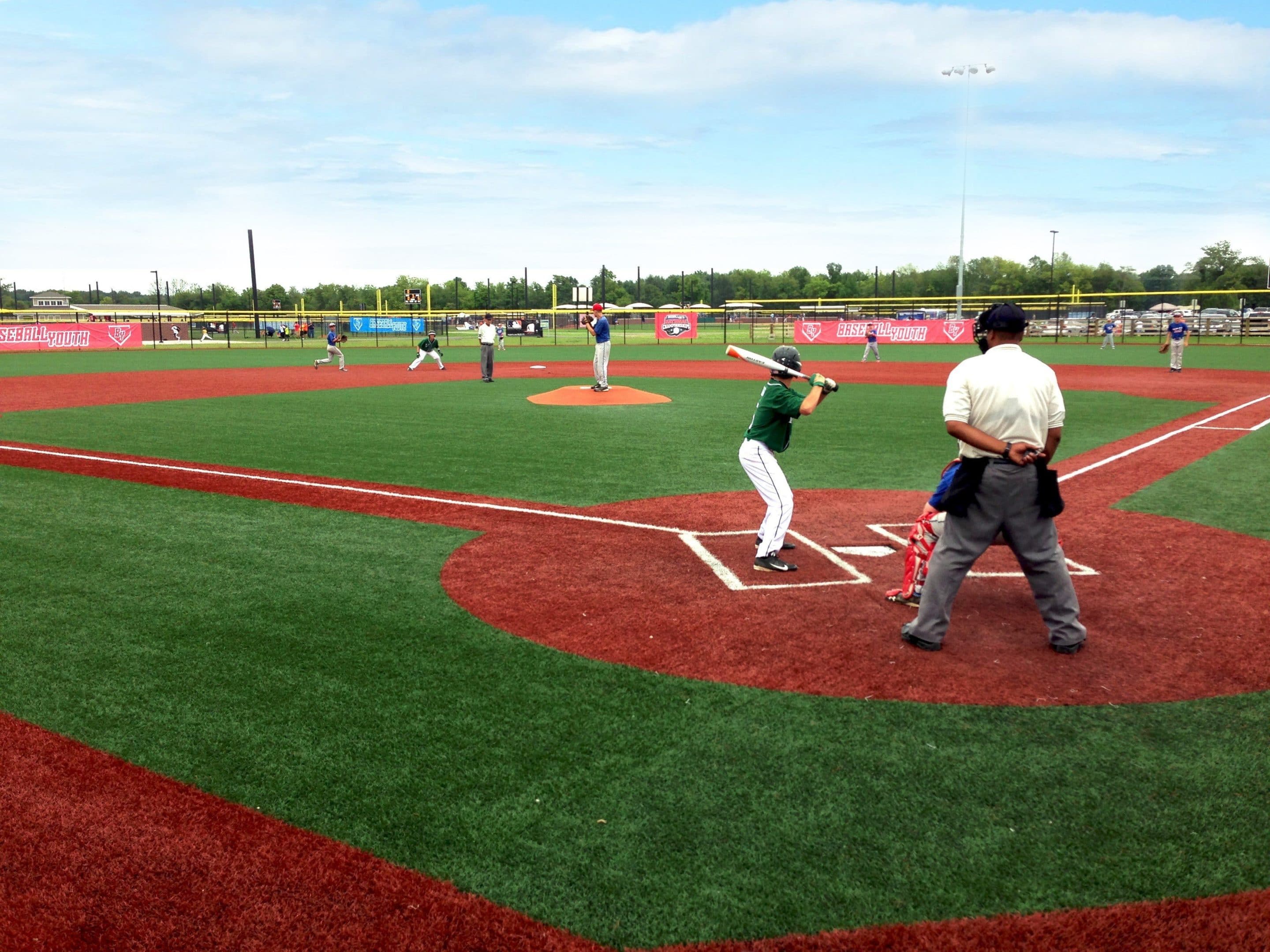 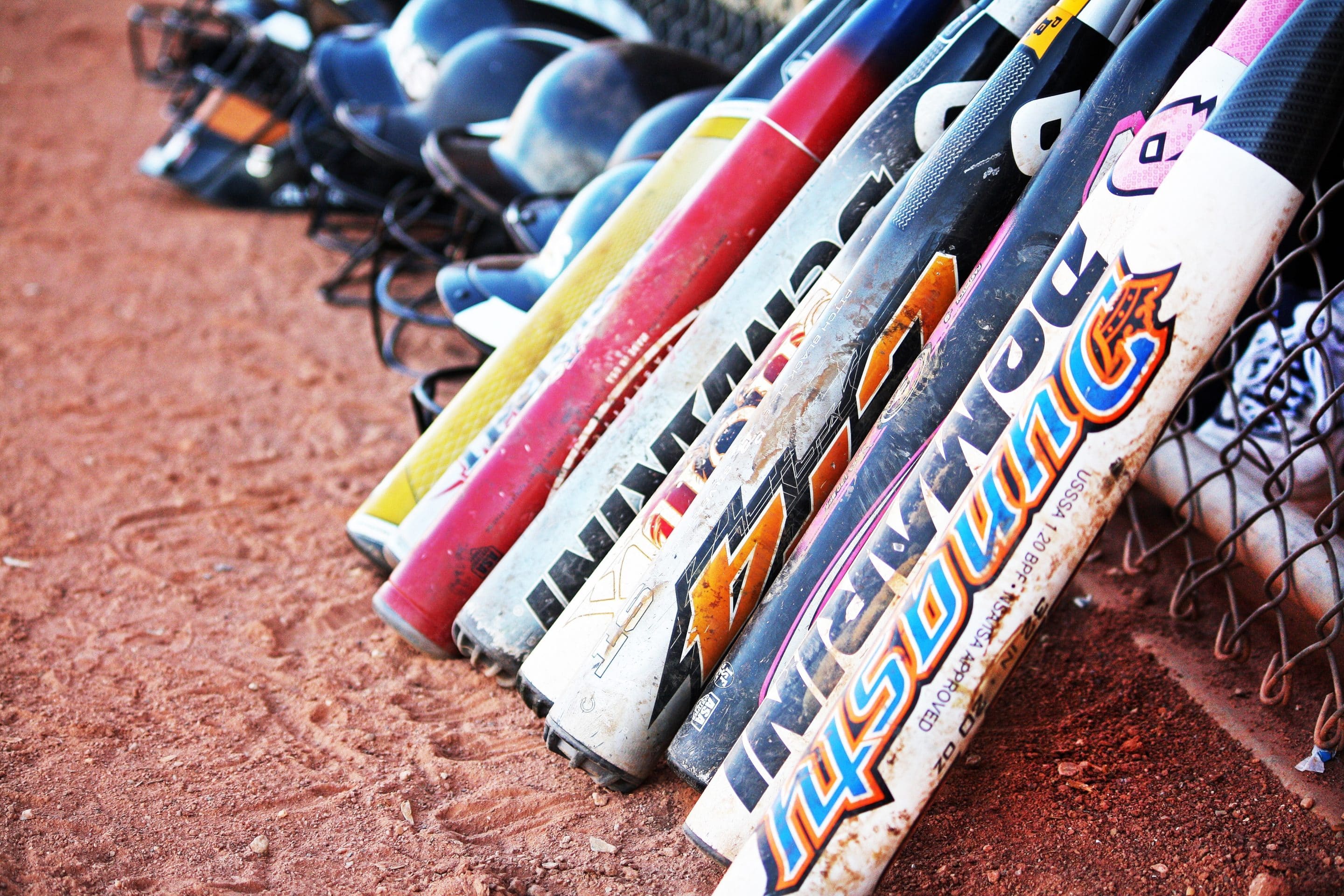 The 20 Best Softball Bats for the 2021 Season: Slowpitch and Fastpitch Bats 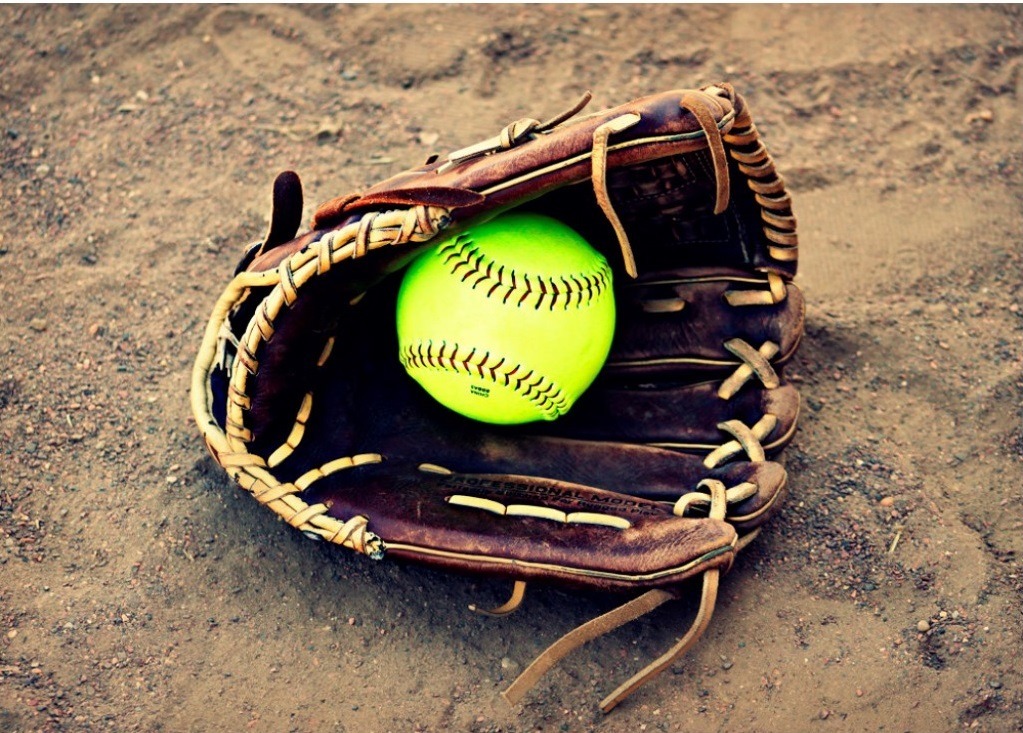 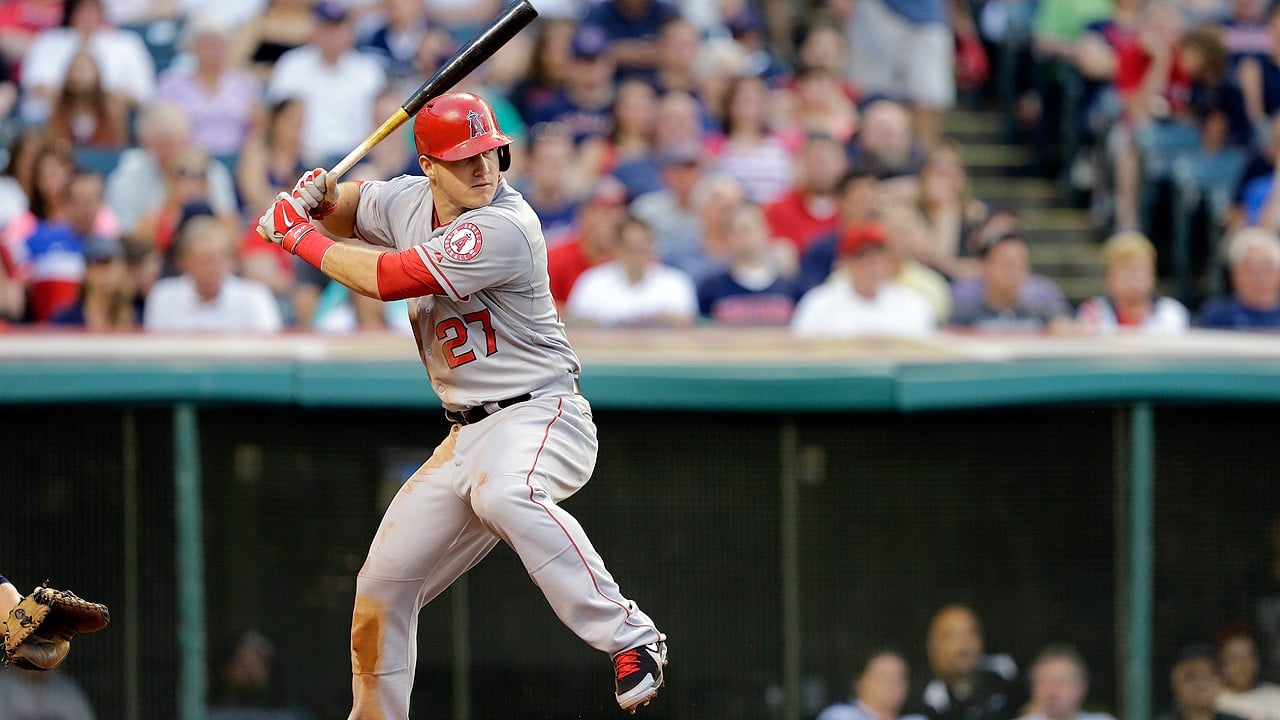 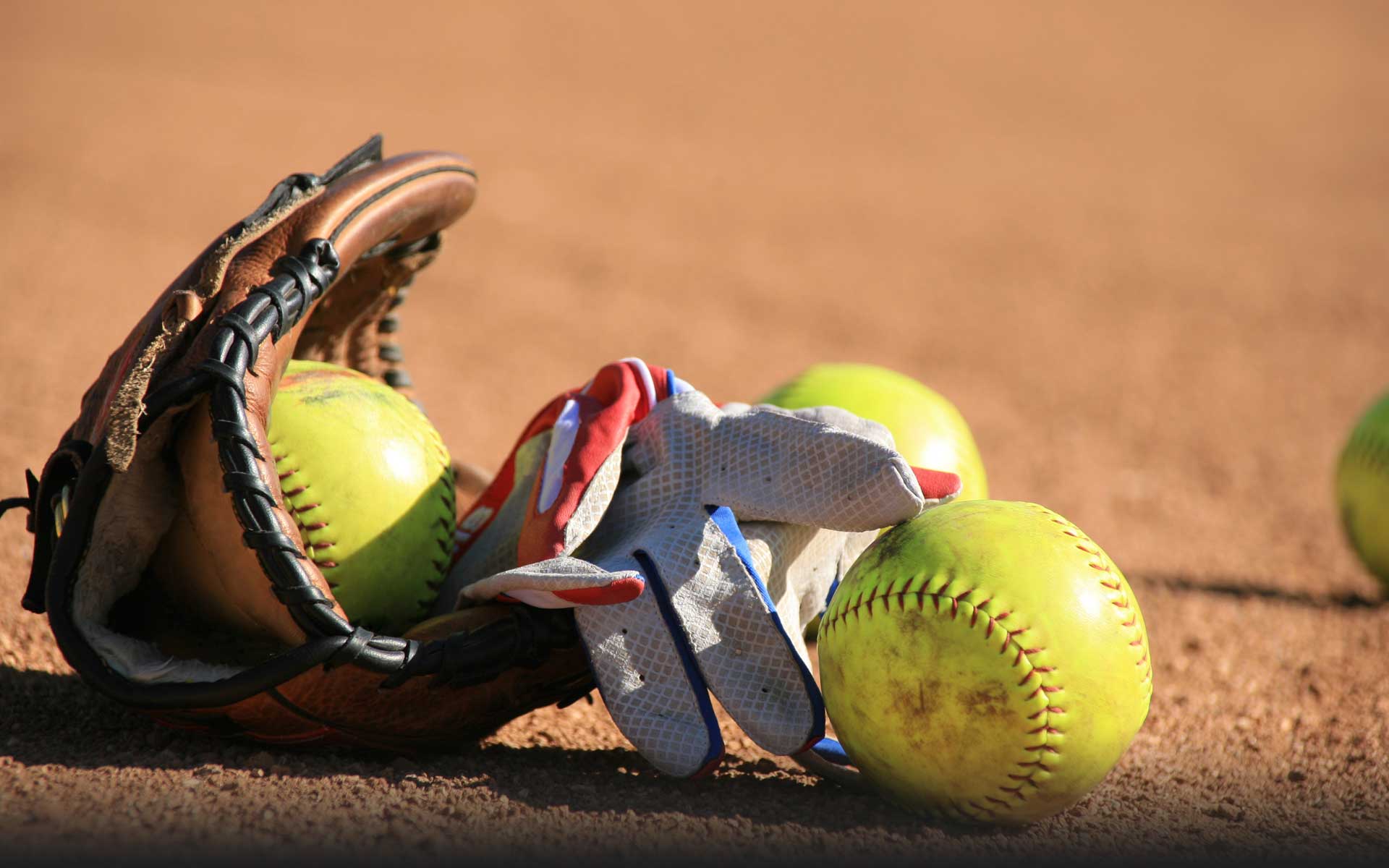 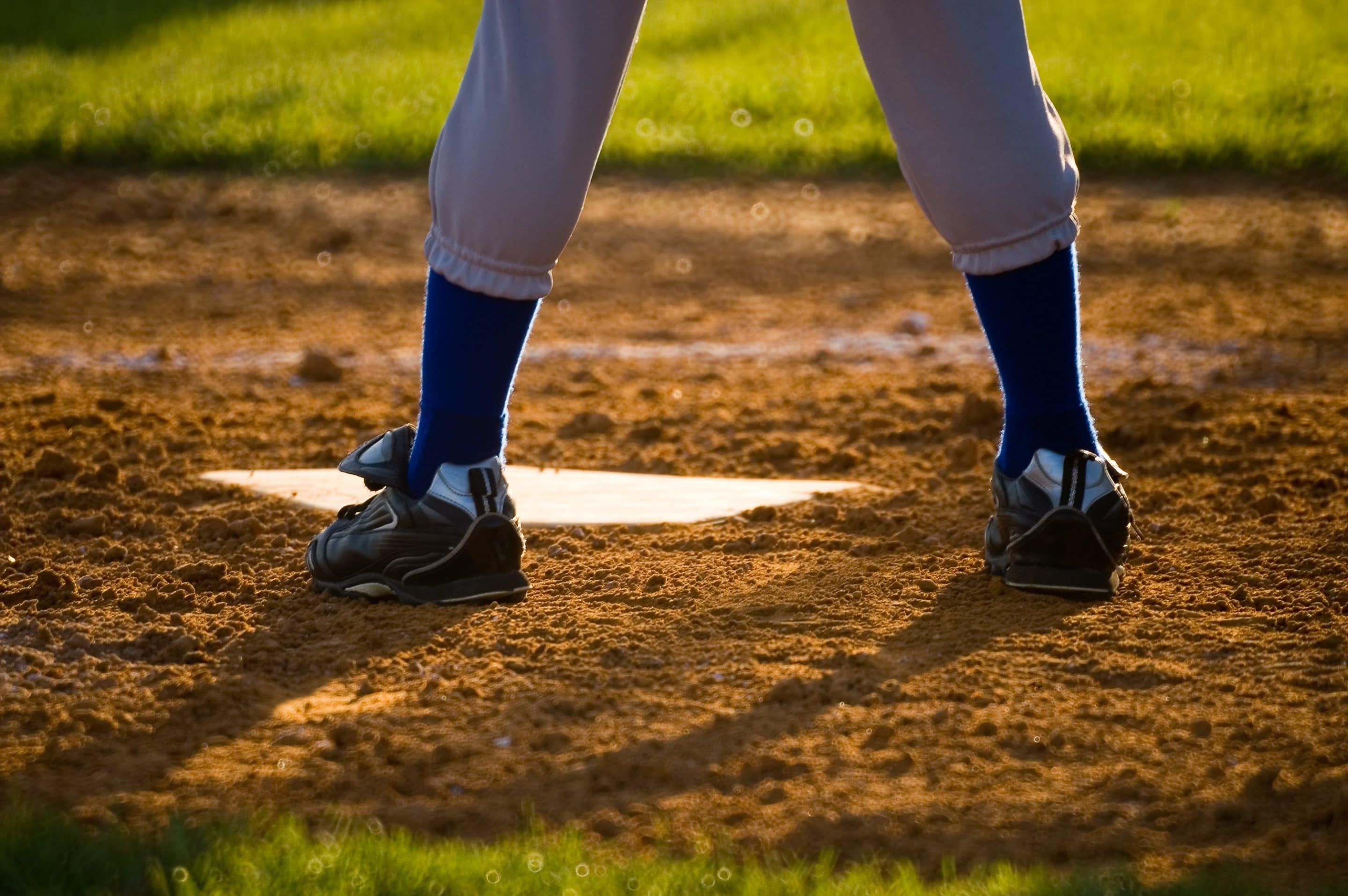 The Best Baseball Bats for the 2021 Season: BBCOR and Player Approved 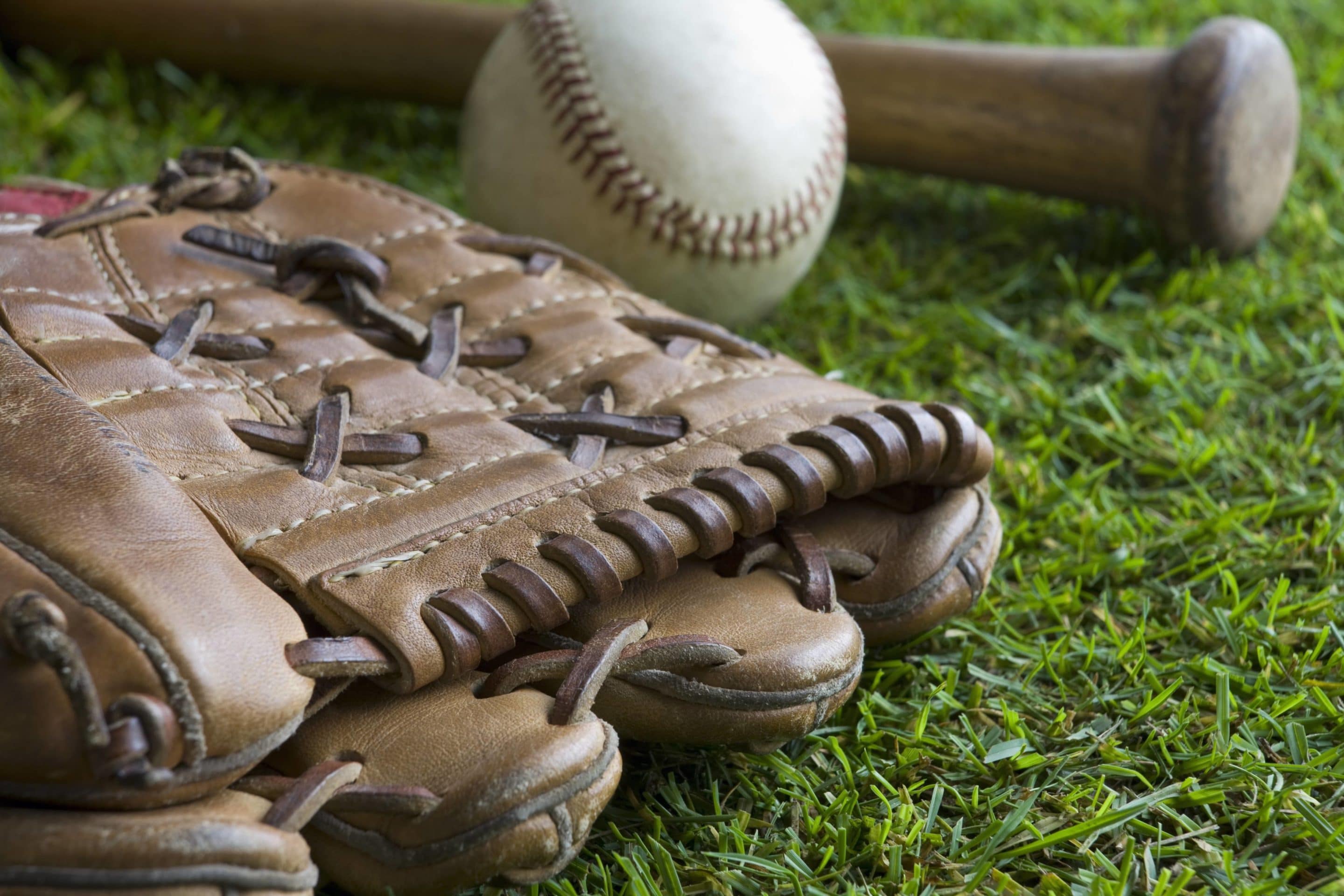 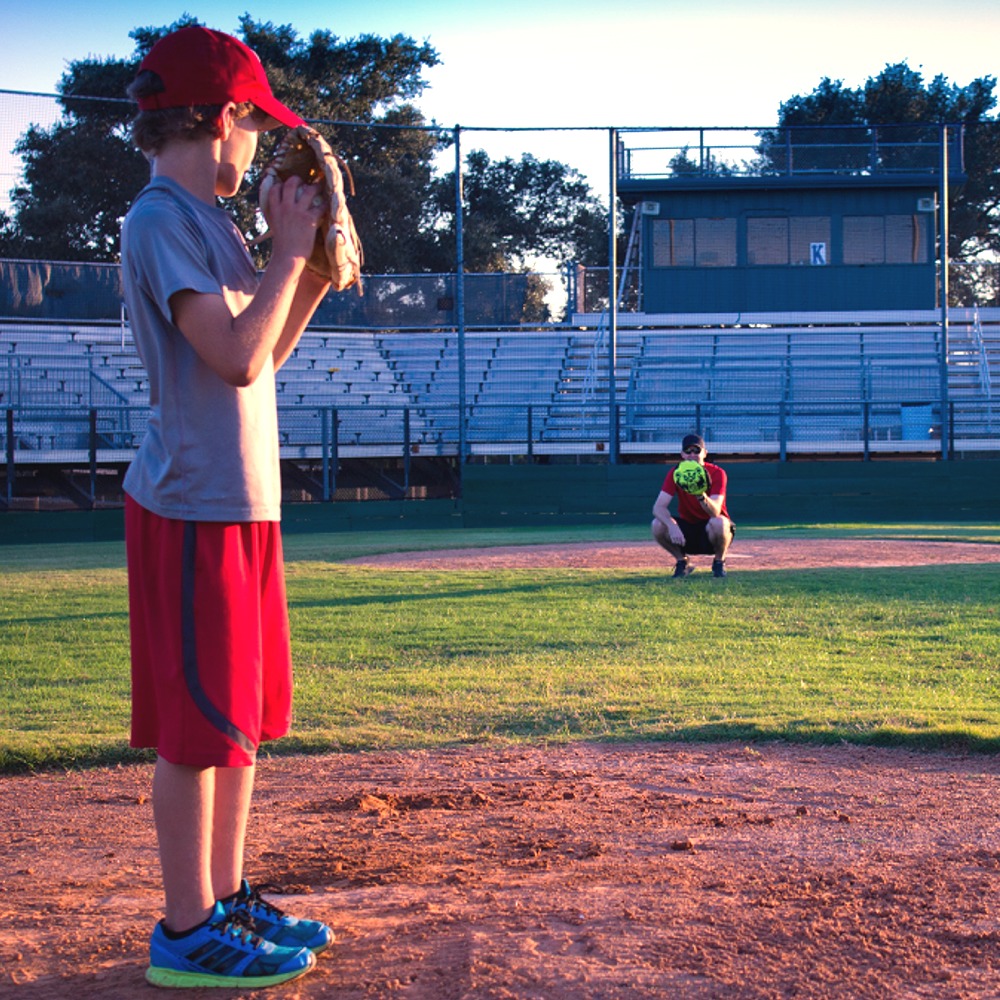 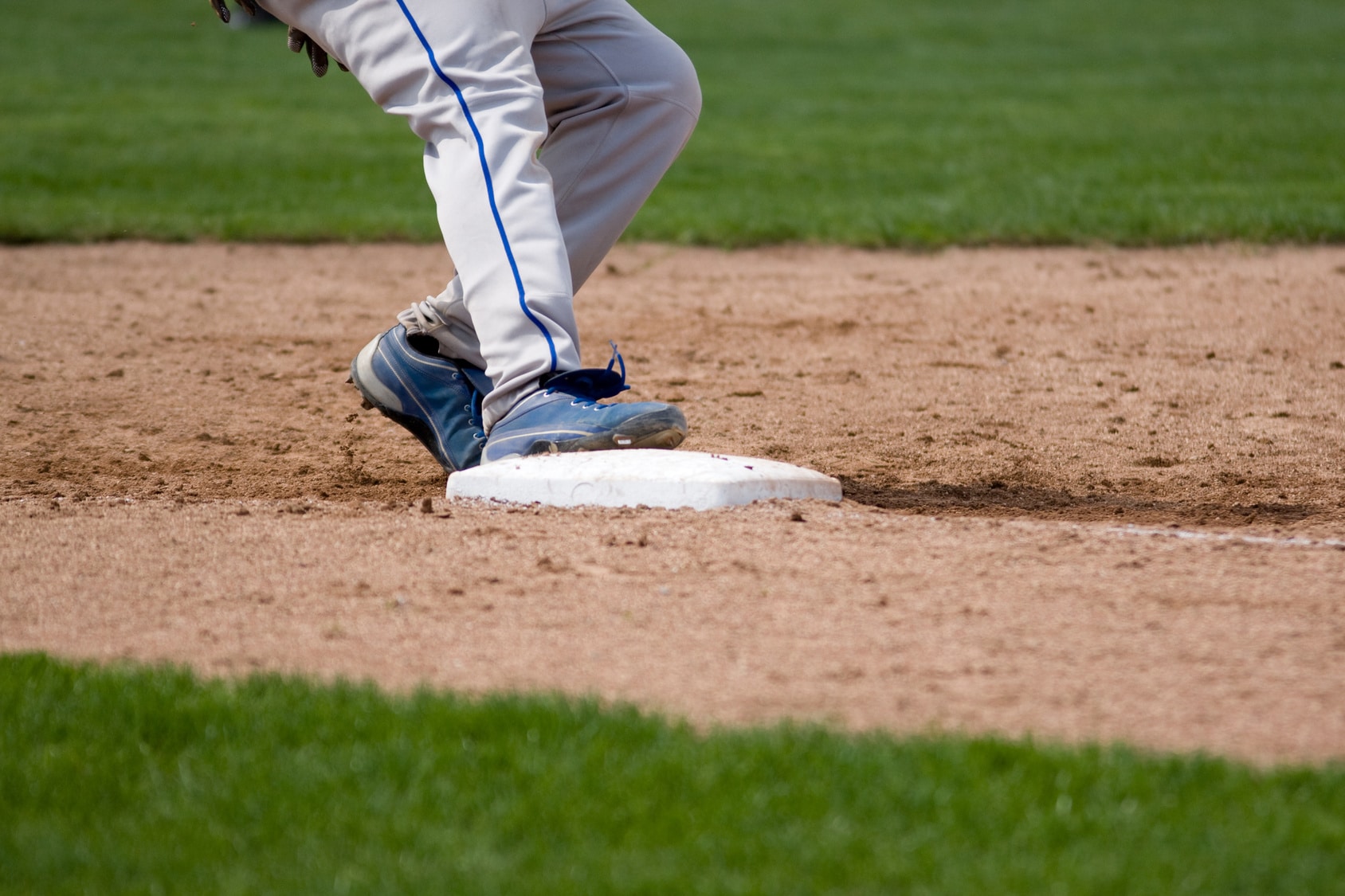 10 Best Baseball Cleats in 2021: Metal, Molded, and Options for All